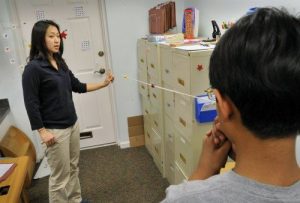 Certain populations have severe difficulty developing and utilizing some basic visual abilities and some populations have lost the abilities that they once utilized successfully. Examples of those that have difficulty developing visual capacities include those with some forms of autism, Down’s Syndrome, neurological disorders and neuromuscular disorders. Most often these are children who have difficulty early on performing the following activities:

Examples of those that lost previous abilities include victims of traumatic brain injuries, people with head-injuries (concussions) and strokes, individuals with some drug addictions and in some cases the elderly. Most often these are adults who exhibit difficulty performing the following:

Patients who have lost or not developed normal vision capacities often require intensive, one-on-one therapy sessions with a need for specific equipment and knowledge and thus qualify for specialized vision therapy services.